Shot Logger is coded, maintained, and administered by Jeremy Butler, a professor of Creative Media at the University of Alabama. Shot Logger has been munching on editing data since 16:11 CDT on August 8, 2007, when shot data from a Friends episode were input into the system. Until 2020, it was a service of the Telecommunication and Film Department, the College of Communication and Information Sciences, at the University of Alabama. 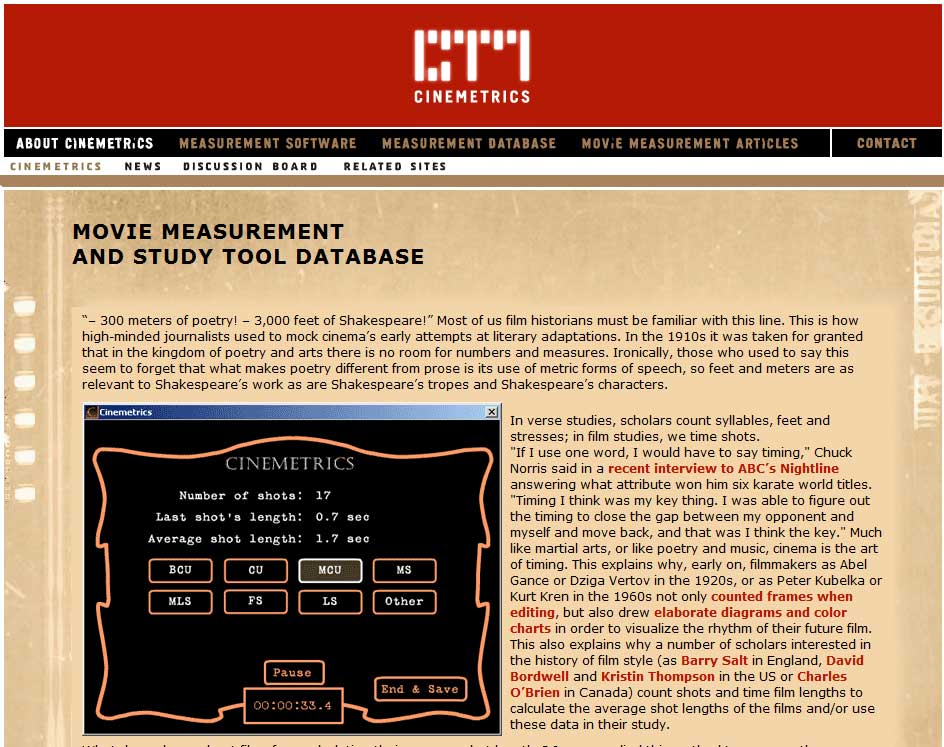 Shot Logger was inspired by CineMetrics, which generously provides the charts displayed here. And it relies heavily on the VLC Media Player's ability to capture images from video.

Shot Logger is written in the PHP scripting language and is powered by a MySQL database and the Apache Web server -- all of which runs on Linux.

Shot Logger is an open-source project and the images stored here are intended for non-commercial, critical, teaching, and scholarship purposes (see our copyright statement). The Shot Logger code and data are copyrighted ©2007-2021 by Jeremy Butler, but they are distributed under the GNU General Public License, Version 3—meaning that you may make non-commerical use of them as long as you attribute Shot Logger and agree to share your own work under a similar license.

No programming code, data, text, images, or video/sound on ShotLogger.org may be reproduced for commercial purposes. However, educational and other non-commercial uses are permitted, if proper attribution is given.